Man City stumbled at the most crucial juncture as Crystal Palace held them to a 0-0 draw in the Premier League and this very same week, Liverpool beat Arsenal 2-0. The combination of these two results means Man City and Liverpool have played the same number of league games and City are just one point ahead of Klopp’s side.

Pep Guardiola though will have no to sulk over these results because City have an FA Cup tie to play this weekend when they take on Southampton in the quarter-finals.

City are undoubtedly the favourites to pick up a win and move into the next round but the Saints surprisingly have a very decent recent record against the Etihad outfit. Hassenhutl’s side have managed to hold Manchester City to a draw in their previous two meetings.

To make things a little more intense, Man City have not picked up wins in their previous two outings so Pep Guardiola will have something to think about. The City boss is expected to make a few changes but despite the chopping and changing the league leaders have what it takes to pick up a comfortable win on Sunday.

Ruben Dias is still missing with a hamstring injury and the defender will only return towards the start of next month. Laporte played against Palace but he is likely to drop to the bench.

Guardiola will want to rest him because Dias is already injured meaning Nathan Ake should be partnering John Stones in central defence.

The title is in Liverpool’s hands after Man City drop points again 👀 pic.twitter.com/AWn2ii7coz

Zinchenko should also come into the starting line up replacing Cancelo but due to a limited number of right-backs, Kyle Walker will probably hold onto his place.

Rodri will also be given a break because Guardiola has Fernandinho as a backup and even Gundogan will come back into the side after remaining an unused sub on Monday.

Quite surprisingly, the Man City boss did not make even a single substitution against Crystal Palace meaning players like Raheem Sterling and Gabriel Jesus watched from the bench for the full 90 minutes.

Sterling will surely return the side in place of Jack Grealish but there’s a chance that Guardiola chooses to stick with Phil Foden as the false nine.

Gabriel Jesus is clearly not a favourite of Guardiola and since the Man City boss will want to send out a message after the Palace draw he is not likely to move away from Foden or even Riyad Mahrez. 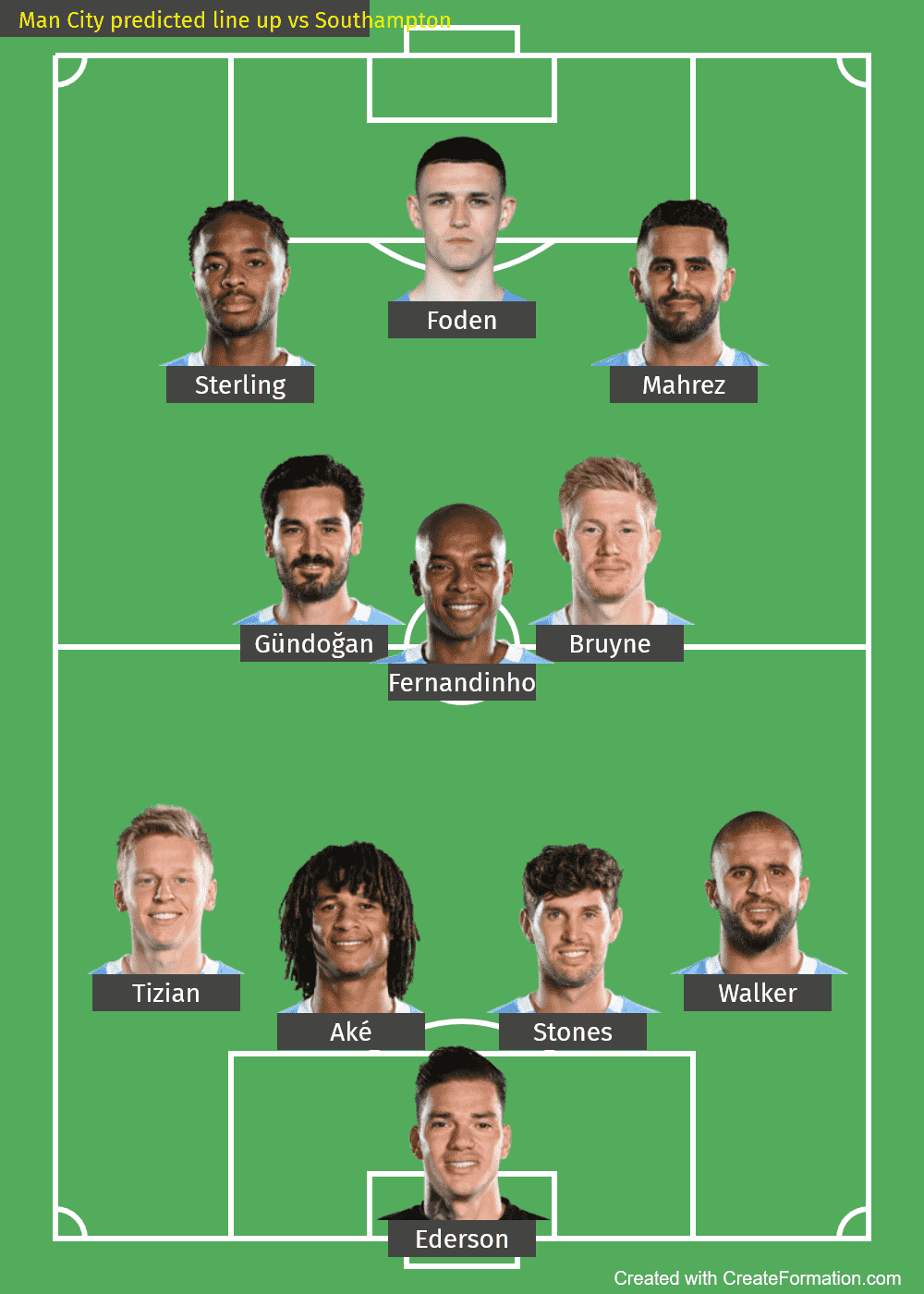