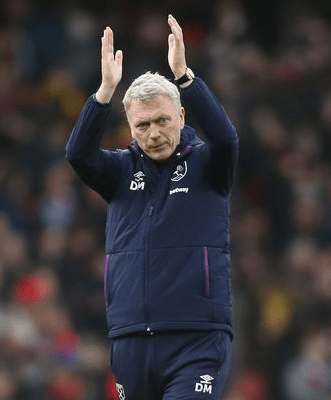 West Ham United take on Tottenham in the Premier League on Sunday and in the buildup to this game, Jamie O’Hara has labelled the Hammers as the second-best team in London right now.

West Ham have been on a dream run under David Moyes in the past one and a half years and going into Sunday’s game, they are just one point behind Nuno’s side.

O’Hara believes Spurs’ visit to the London Stadium will be a huge encounter and he’s also praised the fine work that Moyes has done since taking charge.

“That is a huge game [West Ham vs Spurs],” he said on talkSPORT, as quoted.

“I watched West Ham and they were fantastic again, put Genk to the sword. I mean how good is David Moyes doing? How good is this team.

“I watch them and it’s painful to say because I’m a Spurs fan, but watching them as a player they are fantastic to watch. Mark Noble comes on, they’re bopping the ball about, they’re a joy to watch.

“Are you now the second best team in London. Because you have to hold your hands up – not biggest, because that’s a big statement – but the best. I’d say right now they are.”

Are West Ham United really the second-best side in London?

Chelsea are obviously the best team in London right now and given how West Ham United have been playing, it’s hard to speak against Jamie’s comments.

Moyes’ side are currently playing in the Europa League while Spurs are in the Conference League this season. Arsenal, on the other hand, have failed to qualify for Europe alltogether.

In the league as well, the Hammers are looking really solid, having picked up 14 points from their first eight matches.

Since David Moyes took over at West Ham

✔️ Took over West Ham when in 17th – guided them to record Prem points total in two years
✔️ Top of Europa League – won all three games, conceded zero
✔️ Highest win % rate of any West Ham manager who has managed at least a season pic.twitter.com/d3SqesWAZ2

But, to balance out the debate, Spurs, as well as Arsenal, are going to a major rebuilding phase while West Ham United had managed to sort out most of their problems last season.

Going into Sunday’s game, the visitors do have a slight advantage but what they don’t possess are individual superstars who can change the course of a match single-handedly.

Players like Kane, Son and Moura can turn defence into attack within a flash so the Hammers will have to tread cautiously.

In the grander scheme of things though, Spurs and Arsenal are both picking up pace very swiftly and there’s every chance that West Ham get winded out as we go deeper into the season.