West Ham United have made a great case for themselves by entering the top-four of the Premier League table and now they must keep winning matches to consolidate that position.

The Hammers will take on Newcastle United in their next match this weekend and given the average form of the Magpies this season, David Moyes will be looking at nothing but three points from this game.

West Ham United have picked up three wins out of the previous five league matches and if they can gather all three points on Saturday as well then they will be able to maintain their position on the league table. Anything other than a win might push them out of the top-four.

West Ham have been scoring goals for fun in their past couple of matches but David Moyes’ big headache will be the fact that his team have also been leaking goals, something which Newcastle United will surely focus on.

Ogobonna is still out with an ankle injury meaning Diop will be partnered by Craig Dawson in central defence. Aaron Cresswell picked up an injury during West Ham’s win vs Leicester City last weekend but Moyes is hopeful the full-back can be fit enough to face Newcastle United.

The manager said in his press conference: “We’ve got another couple of knocks that we’re looking at. Aaron Cresswell picked up a bit of an injury [in Sunday’s win against Leicester] and we need to check him out.

“Like any other club we’ve got bumps and bruises at this time of year and it’s beginning to take its toll on a lot of the clubs.

“Hopefully we’ll be as good as we can be and we’ll make a decision on Aaron today. He’s a doubt but we hope he’ll be okay.”

Declan Rice is another player who is ruled out from this weekend’s game and the midfielder will take a few more weeks before he can return to full training. The absence of Rice means Soucek and Mark Noble will partner up in defensive midfield with Jesse Lingard playing in the No 10 role.

Arthur Masuaku and Said Benrahma will fight it out for the left winger’s role but if Cresswell is not fit in time then Masuaku might have to fill in at left-back vs the Magpies.

Michail Antonio is still recovering from his thigh injury so it will be Jarrod Bowen who will play as the centre-forward on Saturday. 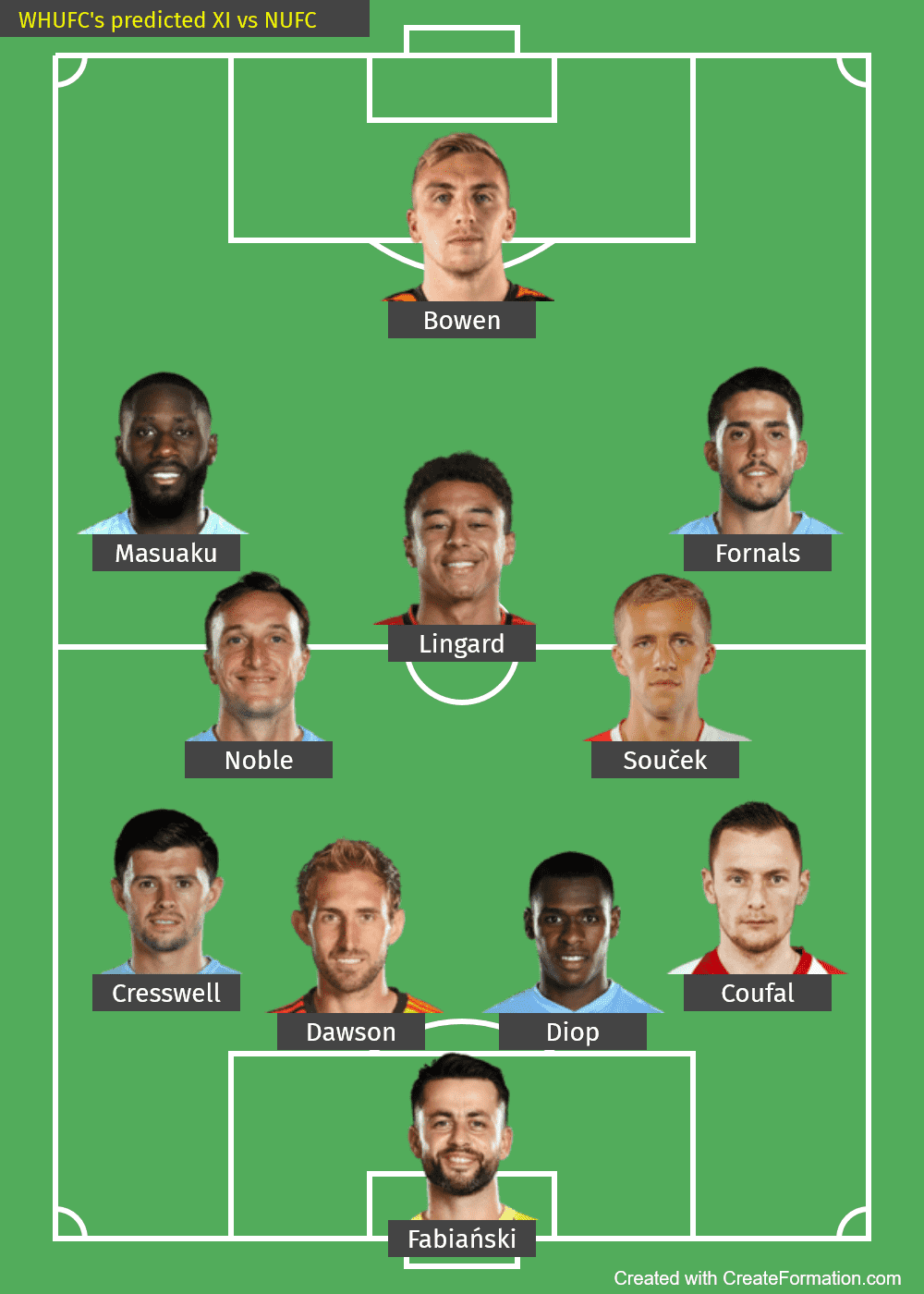 Read: Is Declan Rice heading to Man United instead of Chelsea?