In the previous few months, Man City have put their foot on the peddle and after 21 games, the Cityzens are sitting 10 points clear at the top of the Premier League table.

City take on second-placed Chelsea in their next league encounter and if they can beat the Blues then Guardiola’s side will be able to open up a 13 point gap – something which could be enough for them to secure another league title.

Chelsea played an intense game in the Carabao Cup on Wednesday but Man City did not have a game in midweek so Pep Guardiola’s side will be properly rested. The manager has only a handful of players missing so he has no headaches in terms of naming his best starting line up.

The Etihad outfit have been in fine form this season, winning their previous 11 Premier League matches and despite Chelsea making a good start to 2022, City will go into Saturday’s encounter very much the favourites. If the home side can avoid a defeat then it will be really hard for teams like Chelsea or Liverpool to catch up with them during the remainder of the season.

Kyle Walker made a comeback from injury during the weekend and the England international is a guaranteed starter vs Chelsea. The left-hand side of defence will be occupied by Joao Cancelo while Zinchenko remains on the sidelines due to COVID.

Over the years Kyle Walker has been a constant player in a team that is always evolving and rotating. One of the best signings of the Pep Era. What a player 🔥 pic.twitter.com/2TMFf5Vuro

John Stones is recovering from a knock and the Chelsea game will likely come too early for him. If Stones is not fit then Laporte and Ruben Dias will pair up in central defence.

The midfield trio more or less selects themselves for Man City with Rodri playing as the pivot and Gundogan along with Kevin De Bruyne playing in the advanced role.

Jack Grealish has failed to secure a regular starting role since his summer move and more often than not, the winger has been rotating his place with Raheem Sterling.

Sterling was the one who played on the left wing against Arsenal and Pep Guardiola is likely to stick with this same preference on Saturday.

Riyad Mahrez has been phenomenal for Man City this season but the winger has left for AFCON which means Gabriel Jesus or Bernardo Silva will be operating on the right-hand side.

If Silva plays on the right wing then Jesus will play as the false nine and vice versa. 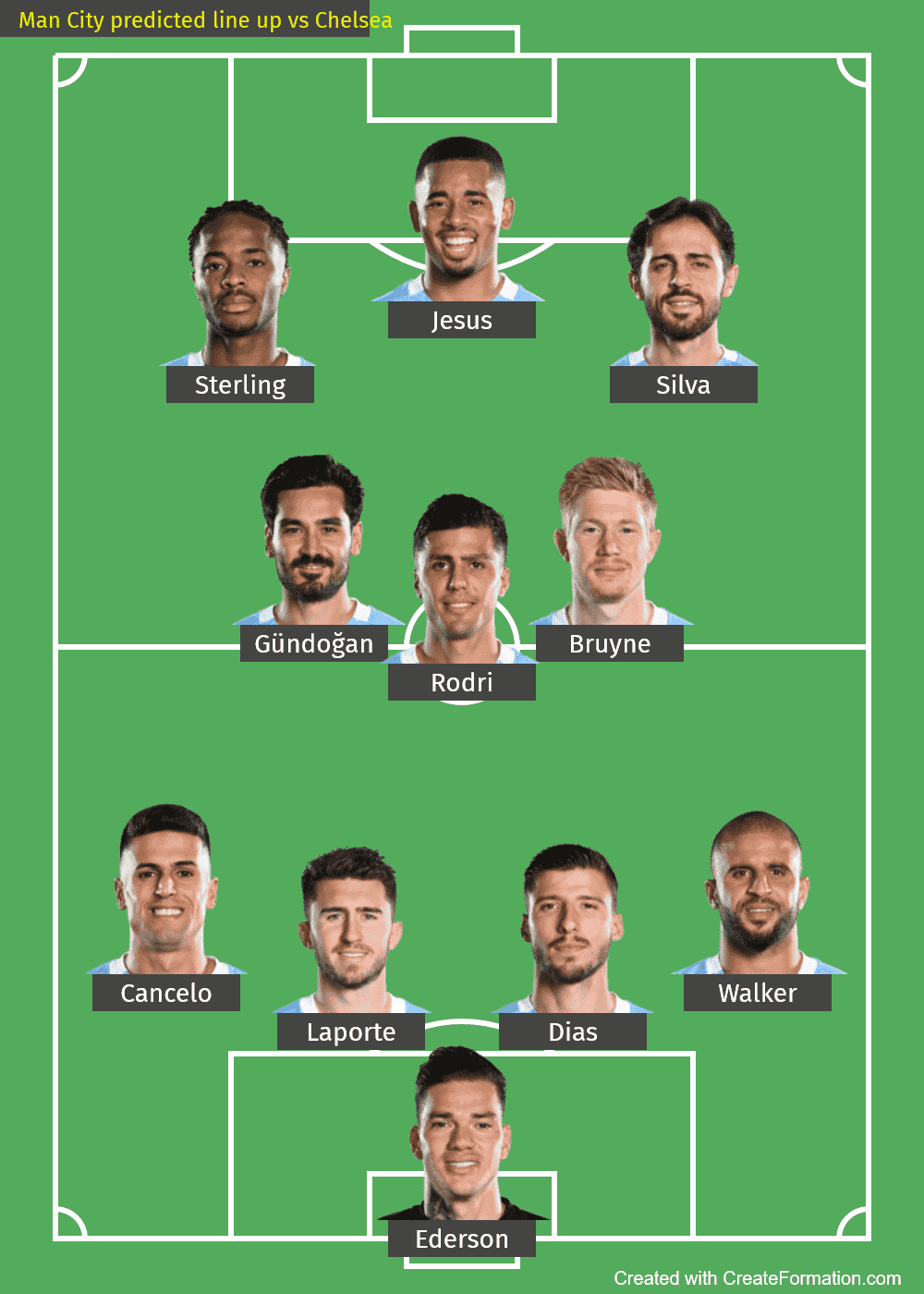