Everyone expected the Man City vs PSG affair to be a really close one but in reality, Pep Guardiola’s side were never troubled by the Ligue 1 outfit.

They ended up winning the match 2-1 which means City are at the top of Group A with 12 points and next up, they take on West Ham United in the Premier League.

Man City are currently second on the league table – three points behind Chelsea but the Hammers are in fine form themselves so we expect this one to be an intense contest.

The Etihad outfit are obviously the favourites to pick up a win on Sunday but West Ham United are just three points behind Manchester City and they have already beaten several big sides this season. The London side will undoubtedly through the kitchen sink at Man City since even a point will be nothing short of a victory for them.

City have kept the most clean sheets in the Premier League this season(8) and with the way they are playing, there’s every chance that David Moyes’ side might not be able to breach the backline as well.

John Stones had moved up the pecking order in recent weeks but he had an average outing against PSG which could result in Aymeric Laporte coming back into the side on Sunday.

Cancelo and Walker have been playing top-class football this season so they will hold onto their place.

The result we deserved cos we dominated from start to finish 🌟💪🏼 Top of the group! Gr🎱 support tonight 💙 @mancity pic.twitter.com/eskKKhygNJ

Kevin De Bruyne has been isolating after picking up COVID and this is going to be the last game he will miss. The absence of the Belgian international means Bernardo Silva and Gundogan will play in midfield.

Silva was used as a false nine on Wednesday but with Foden and Jack Grealish coming back the Portuguese will move back to his usual position.

Foden was ruled out of the PSG game due to a knock he had picked up against Everton while Jack Grealish had injured himself while on international duty.

Guardiola told BT Sport: “Jack was injured after National team and Phil had a problem in the last game with Everton.

“Yesterday he had problem in training so couldn’t play.”

Both these players though should be back to full fitness on Sunday but if Raheem Sterling is playing down the middle then only one of them has the opportunity to start down the left flank.

Mahrez was the star of the show against PSG despite failing to score or provide an assist. He was tormenting the PSG defenders throughout the match and Pep Guardiola will be hoping that he can do the same vs West Ham United as well. 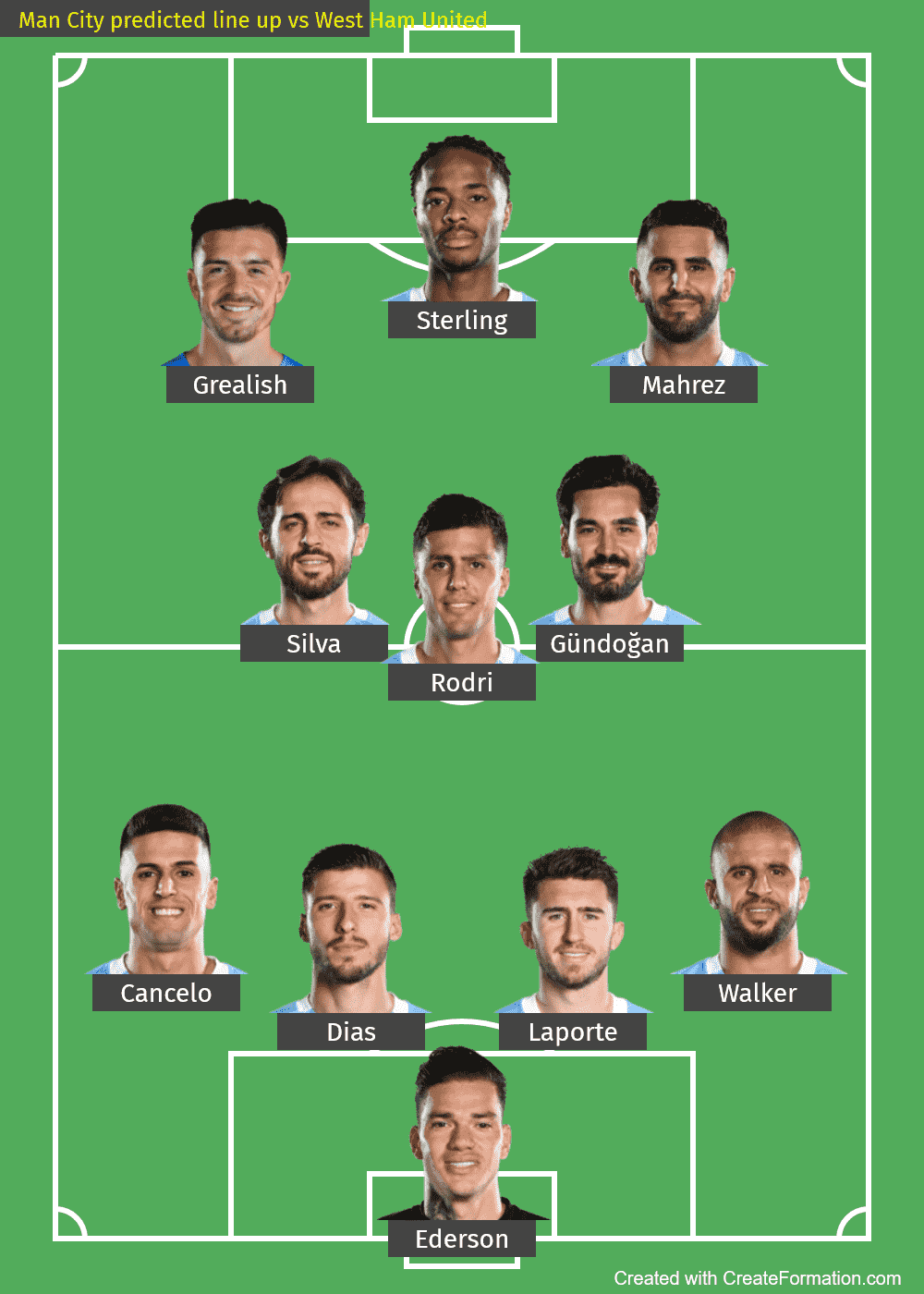