Liverpool manager Jurgen Klopp wants to sign a right-winger this summer and the names of Adama Traore and Raphinha are currently at the top of the German’s list.

Traore has been linked with Liverpool for over a year now while Raphinha’s good season with Leeds United has also spiked the interest of the Anfield outfit.

Mo Salah is the first-choice right winger at Liverpool but the Egyptian has not been at the top of his game over the past year and also, there are some rumours that he could be on his way out of the club very soon. And these are two of the biggest reasons why Jurgen Klopp is so eager to add a new right-sided attacker to his first-team squad before the new season begins.

Both Adama Traore and Raphinha are top-class transfer targets but Liverpool are only going to sign one of them. So we decided to take a look as to which winger will be the ideal one for the Merseyside outfit.

Adama Traore vs Raphinha in a nutshell:

Adama Traore was one of the best attackers in English football during the 2019-20 season but his form has really dipped in this past season. In his 37 Premier League appearances for the club, the 25-year-old has scored only two and assisted three goals.

Raphinha, on the other hand, moved to England just last summer and in a single season, he has managed to form a reputation for himself at Leeds United.

The Brazilian has scored six and assisted nine goals for the Elland Road outfit and if the two wingers are judged only on the basis of the 2020-21 season then Raphinha will win hands down.

In his 30 league appearances, Raphinha has created 64 major chances for Leeds while Adama Traore has managed only 55, despite playing seven more games.

Raphinha has also shown more attacking prowess in terms of passes and crosses attempted as compared to the Wolves man. 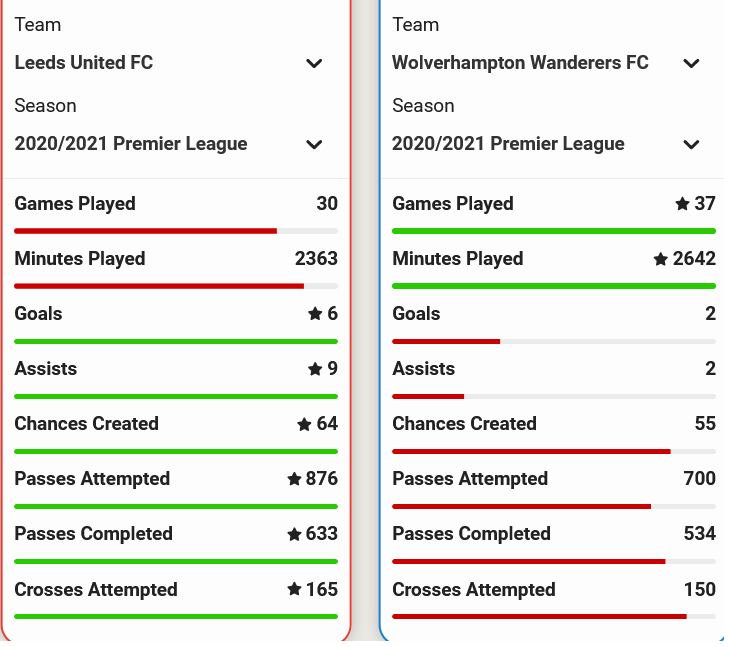 Which is player is be a safer bet for Liverpool?

Raphinha has been the better of the two wingers this past season so naturally, he is also expected to be the more expensive option for Liverpool.

As per various reports, Leeds United are reluctant to let the winger leave but if Liverpool are willing to pay around 40-50 million pounds then Bielsa could let him leave.

Adama Traore though should be a simpler target since Wolves are ready to part ways with their star players because they need money to bring in the fresh faces for the new season.

The Leeds man has three more years left on his deal with the club while Adama Traore is going to be a free agent in the summer of 2023 so Liverpool should be able to get a bargain deal for the Spanish international.

Read: Chelsea to make a move for this Liverpool transfer target.

Read: Liverpool urged to take a gamble by signing this 24 Y/O winger.

Read: Liverpool winger talks about his ambitions for the new season amidst strong exit rumours.

Man United take on Leicester City in the Premier League on Saturday and the Red Devils go into this game under some serious pressure. Ole...
Read more

Raheem Sterling has 18 months left on his current deal with Manchester City and with each passing week, rumours of his exit are picking...
Read more

Liverpool are scheduled to take on Watford in an early kick-off on Saturday and the Anfield outfit will be without some really important players. Talking...
Read more